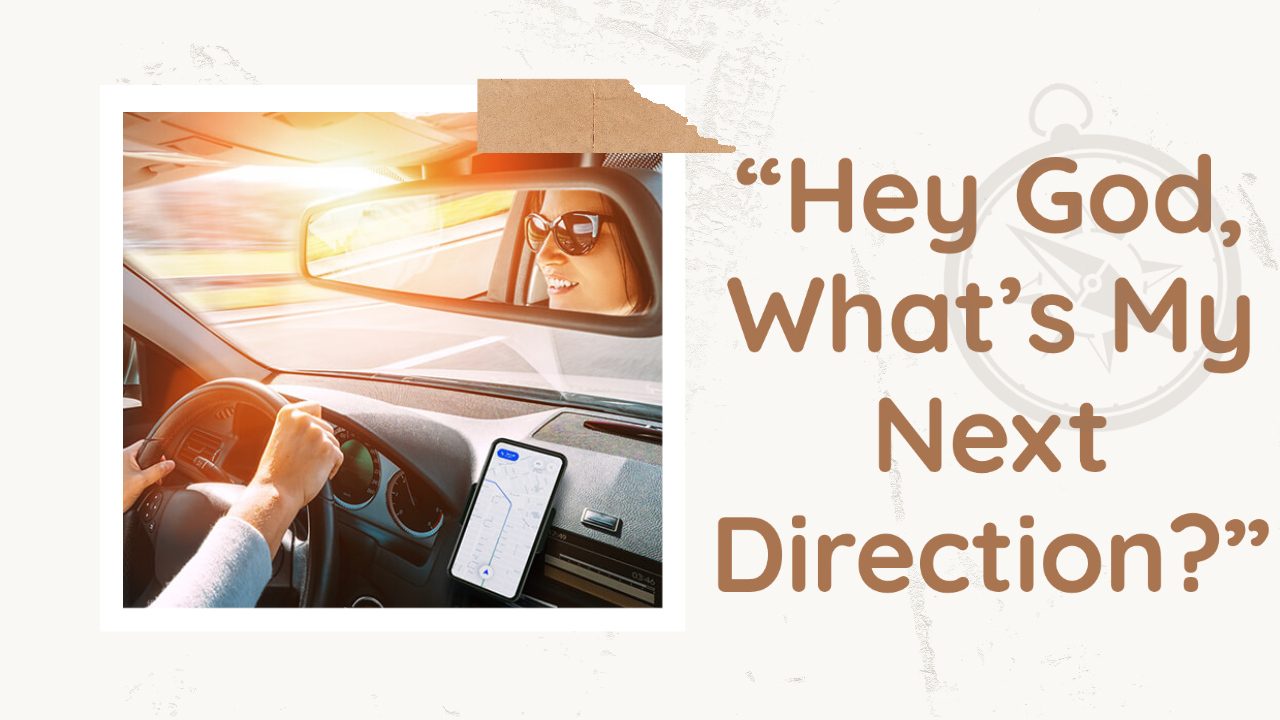 Hebrews 11:8-10 "By faith Abraham, when called to go to a place he would later receive as his inheritance, obeyed and went, even though he did not know where he was going. By faith he made his home in the promised land like a stranger in a foreign country; he lived in tents, as did Isaac and Jacob, who were his heirs with him of the same promise. For he was looking forward to the city with foundations, whose architect and builder is God."

I don't know about you, but anytime I drive somewhere new I become fixated on the driving directions. I don't just want to know the next step, I want to know two steps ahead, three steps if possible. If I am turning left I want to know what lane I need to be in so I am prepared for the next turn 3 miles away.

I tend to put this anxiety ridden practice in place quite often in my daily life. Before I make a decision or a set a goal I want to know what I should expect. I want to know if my goal will actually happen before I write it down. I tell myself, if I know the end result, I would surely move forward confidently to achieve it! And yet, looking back on my life I know that if I was given all the details before something happened it wouldn't make any sense. It would be like getting a print out of the directions and not being aware that the directions are being constantly updated during the journey due to construction, accidents, or parades. I may end up getting to my destination but it may take me longer than I had planned to get there.

And then I remember Abraham's story. God called Abraham to go to a place he had never been and promised him that he would become a great nation. It wasn't until he left his hometown that Abraham wondered how God would make him into a such a nation despite not having children and being in his older years. And I think knowing that about Abraham, God was intentional about reassuring him along the way and would remind Abraham often of the promises He had made him (Gen. 12:7, 13:15-16).

I mean, there were definite moments in Abraham's story that showed he missed turns (lying about who his wife was on multiple occasions). And yet God still encouraged him to move forward despite those missed turns. God didn't abandon the ultimate plan because of Abraham's detours. God doesn't go back on His word. He will turn those detours into opportunities to learn why we thankfully don't make the directions.

I think about the first time I took my driver's test. I had a very short-tempered man in my passenger seat constantly sighing whenever I made a mistake. He would tell me abruptly to turn either left or right. There was one moment when I approached a stop sign and just waited. Longer than you should wait at a stop sign when there is no one else at the intersection. Impatiently, my instructor said, "What are you doing? What are you waiting for?" And my response was, "I don't know where you want me to go. You didn't give me a direction." And he said, "Go straight. I'll let you know when to turn." And I think about the many times I question God and want reassurance that I should keep going straight. Just like Abraham a couple chapters later, I find myself constantly needing reassurance from God that he has even called me to go in the first place.

Just like driving directions, I want the two steps ahead before I make a decision to trust God each day. And although God responds more patiently to my questioning, He still commands me to trust Him wholeheartedly and put my faith in Him without doubt, because if I don't I am unstable in all I do (James 1:6-8). If I doubt God I will continue to sit at the stop sign wavering on my decision of which direction to go and only be forced to get out of the way by the honking of the car behind me.

He has built the path as well as my feet. He knows how I walk therefore he knows where I will stumble. I know I will miss a few turns coming up, but I am also confident God will reroute me back to his path because He wants me to experience the joy of the path with him (Psalm 16:11). So instead of always questioning what the next step is and trying to avoid any sort of potential roadblock or missed turn, I can keep going forward because God has already given me a clear direction. The trustworthy navigator has told me to go