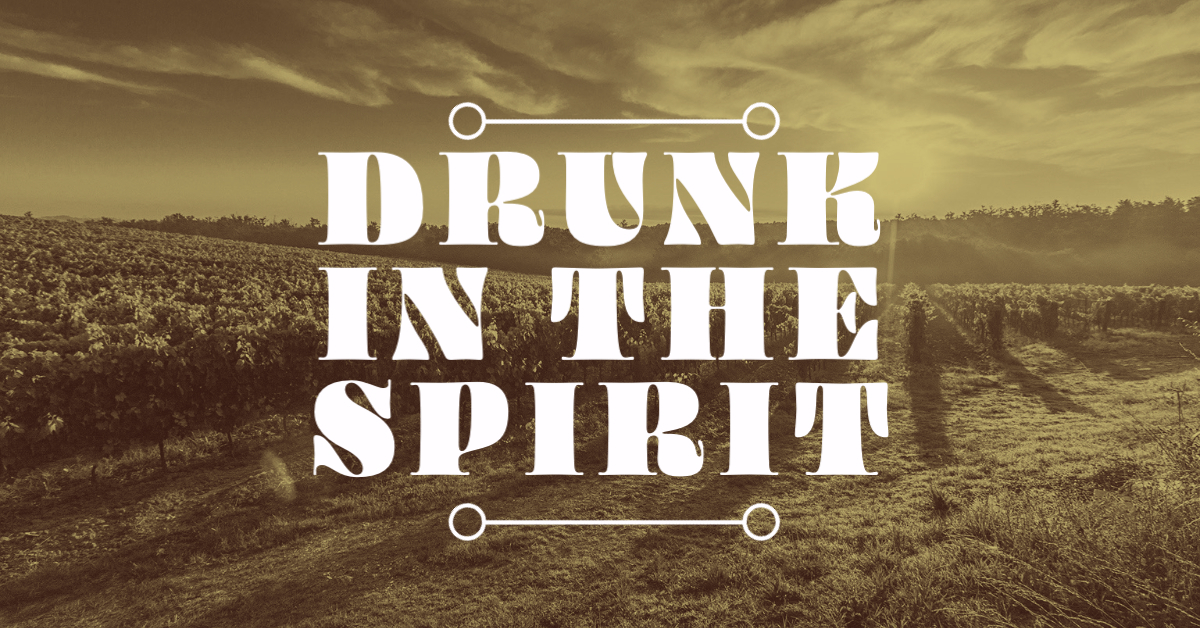 Memory Verse: Acts 2:15 "These people are not drunk, as you suppose. It’s only nine in the morning!"

Research has shown us that many people abuse substances for many different reasons:

When I turned 21, I remember being at a restaurant and my friends bought me my first drink. I didn’t drink too much, but being that I was not a heavy drinker, just a little bit affected me. I drank just enough that I was a bit... different. I’ve always been outgoing, but now I was friends with everyone in the joint. I literally sat at a stranger’s tables, striking up random conversations and asking them questions. I was emboldened. No one was a stranger to me. At the end of the night, no less than 10 people added me on social media to their friends list, none of whom I had ever met before.

Peter tells the onlookers, "We aren’t drunk! It’s only 9am!” It’s a tongue-in-cheek statement that says a lot. All these Christians from all different lands & cultures were different. They were uninhibited, freely speaking to all, they were putting their pasts behind and finding joy. Their old sins were being forgotten & their moods altered; joy in community.

It is my experience that people who have been in recovery of some sort have also been those with a greater fervor for Jesus. They have discovered the hard, honest truths about themselves and the world. They have lived deep pains that they needed salvation from. They have pasts that need forgiveness. They have felt that the greater them is the uninhibited them. They have realized that life in its current state is not what they want and they want to get back to Eden. That’s why they pursued highs. Now, that’s why they pursue Christ with passion.

Before Christ, in their inebriated state, many were barstool preachers, expounding on their philosophies with a mix of brutal honesty and an inquisitiveness of life’s deeper questions. Many pursued a drug trip so that they could see visions and dreams.

Perhaps, they poured out spirits because they knew they wanted a new spirit.

Unfortunately, addiction and substance abuse led to highs that were short-lived and the ramifications that followed only deepened their despair. But when they found Christ, they admitted they were powerless. That is a concept that comfortable Christians have trouble fully embracing.

In Christ, they discovered true freedom through the poured-out spirit of God and the joy, forgiveness, and, thereby, forgetfulness of their pasts that comes from His spirit. They have found an emboldened, uninhibited person who is finding freedom from their anxieties and pasts, but now in a way that lasts.

Jesus calls us to drink of Him (John 6) . He will pour out His spirit on us! (Acts 2:17; Eph. 5:18) When we look at the reasons people pursue drinking and highs, it is similar to the longings in all of us. However, these longings are truly only satisfied in Christ:

Let us commune with God so closely, that He pours out His spirit on us and alters us for good (Eph. 5:18). May this lead us to love others so well that many are added to our friends list daily (Acts 2:41).

Oct 18
My Way or the Most High Way